Genghis Khan, whose Mongol swept out of Central Asia in the 13th century to rule over the largest empire ever known. 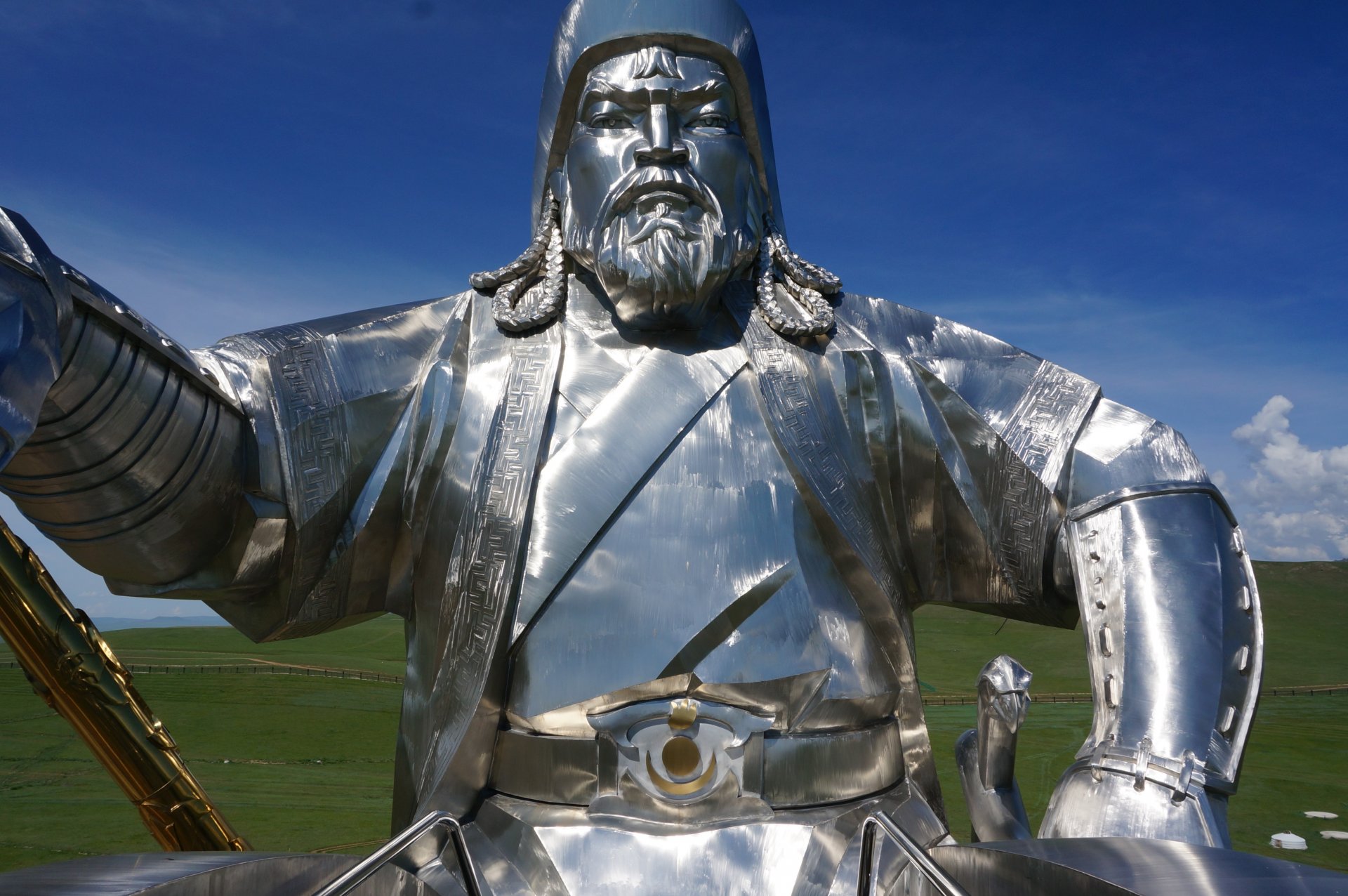 By Nick Coleman
Staff Writer St. Paul Pioneer Press
Jack Weatherford never got used to marmot meat, but he learned to enjoy the taste of fermented mare's milk. Now, he's getting used to the taste of success.

Weatherford, a stereotype-busting professor at Macalester College in St. Paul, has hit the bestseller lists with a book - seven years in the making - about the bloodthirsty barbarian Genghis Khan, whose Mongol "hordes'' swept out of Central Asia in the 13th century to rule over the largest empire ever known. But forget about that barbarian stuff. Weatherford's Genghis is the inventor of modern civilization.
"He was the greatest conqueror in the history of the world, and the greatest lawgiver,'' Weatherford says. "He was a visionary who recognized the value of communication, and that, to rule, you had to have the allegiance of the people, not just control of the land. No secular leader in history can compare to him. Not even Alexander or Caesar. Caesar conquered Gaul, but Gaul wouldn't even be one county in the Mongol Empire.''
Conquering tribe after tribe and subjecting them to their rule, Genghis and his descendants established an empire that covered an astonishing 12 million square miles - from the Pacific to the Mediterranean - where law, written languages, free trade, innovation, and religious tolerance prevailed.
Weatherford's accomplishment is almost as impressive: Rescuing the image of one of history's great icons of evil. Even Saddam Hussein dissed Genghis: In his last speech, Saddam urged Iraqis to fight the Americans because they were "the new Mongols,'' like the descendants of Genghis who sacked Baghdad in 1258.
"Genghis Khan and the Making of the Modern World'' (Crown Publishers, $25) does not even mention Donald Trump, presidential politics or carbohydrate-free diets, and yet it jumped onto the New York Times bestseller list last Sunday and has sold out its initial hardcover run of 27,500.
The ride to bestsellerdom was bumpy: Weatherford traveled by jolting SUV and on horseback for months at a time over the roadless and uncharted wastes of Mongolia. It included journeys into a sacred area known as the Great Taboo that was closed off to the outside for 763 years until the fall of the Soviet Union resulted in Mongolians being permitted to become reacquainted with their own history.
A vast area of forests and mountains, it hasn't changed since Genghis the Leader (Khan) died in 1227 and was buried within its secret places.
Weatherford, who had initially gone to Mongolia to research a book he wanted to write about the silk trade and commerce between Asia and Europe, found himself gravitating instead toward Genghis Khan, prodded by the Mongolian scholars he had met.
Weatherford, 57, has established close contacts with the faculty of Chingis (a spelling closer to the way Genghis is properly pronounced) Khaan University in Ulan Bator, Mongolia. (In 2000, he was granted an honorary doctorate in the humanities - printed on a silk scroll - and next fall, the first Mongolian student is expected to arrive at Macalester).
So one day, the Mongolian scholars asked Bagshaa (Prof.) Weatherford if he would like to visit the Great Taboo.
"I'd love to,'' he said. "Someday.''
"We go tomorrow,'' they told him.
It was still winter (and 51 below zero, one night) and the journey took weeks, in four-wheel-drive trucks bouncing across arid grasslands, then on horseback, 30 miles a day, standing in the saddle, climbing into the snowy forests. As he rode deeper into Mongolia (and coped with a diet of roast marmot and mare's milk) and encountered its rich history, Weatherford fell in love with Genghis Khan and Mongolia's story.
"Seeing the great homeland where he lived, and the herds of horses running across an open landscape and not a fence or a paved road for 1,000 miles - it was the most beautiful place on earth to me. To see it exactly as he saw it was incredible.''
Weatherford's unabashed affection for Mongolia makes his book seem personal. It is not a dry tome of the "namby-pamby'' kind he doesn't like.
"It's tough to crack the bestseller list,'' says Weatherford's editor at Crown, Chris Jackson. "But Jack passionately believes in Genghis Khan's greatness, and it comes from the heart. The combination of scholarship and passion makes it a lot of fun.''
"My work is a little bit odd,'' Weatherford says with a laugh. 'I don't write a book because I know about the subject. I write about a subject because I want to know about it.''
A native of South Carolina, Weatherford has taught at Macalester, where he is the DeWitt Wallace Professor of Anthropology, for 21 years. He has specialized in tribal cultures and their exploitation by powerful nations. His previous books include "Indian Givers,'' which examines the riches the world received from native cultures and is now in its 23rd printing.
Financing his own work ("A book on Genghis Khan? Nobody's going to fund that - it sounds too bizarre,'' he says), Weatherford made five extended trips to Mongolia and two more to Russia and Central Asia tracking the legacy of Genghis and his descendants, the last of whom ruled in Uzbekistan until 1920. In the process, he became the first American to write a biography of Genghis, the first to visit the Great Taboo and the first to have a book published in Mongolia.
He also may be the first whose publication date was selected by Mongolian monks. 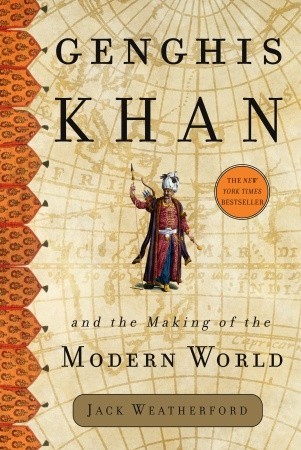 He asked the monks of Erden Zuu to select an auspicious publication date for his book. They chose the second day of the second month of the Year of the Wood Monkey: March 23, 2004.
Call it kismet or call it coincidence, the monks had chosen the exact date his publishers - who had not informed Weatherford - had already pegged for the publication. Something must be smiling on the book: It debuted at No. 15 on the list of bestselling nonfiction hardcovers (it will dip to 22 this Sunday). And the reviews, although some have criticized the book for trying too hard to rehabilitate Genghis, have been good.
It's just the roast marmot that didn't sit well with Weatherford.
``I ate it,'' he says. ``But I never got wild about it.''